A Centuries-old Jyotirlinga near the Ellora Caves 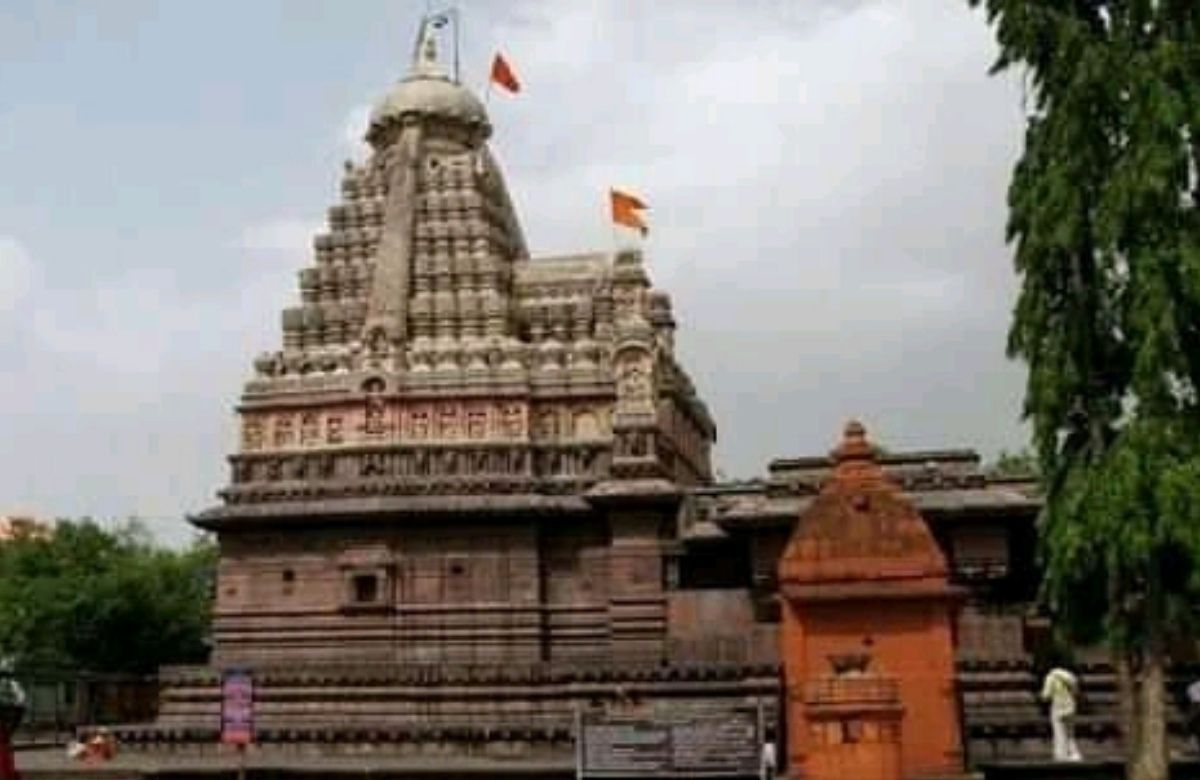 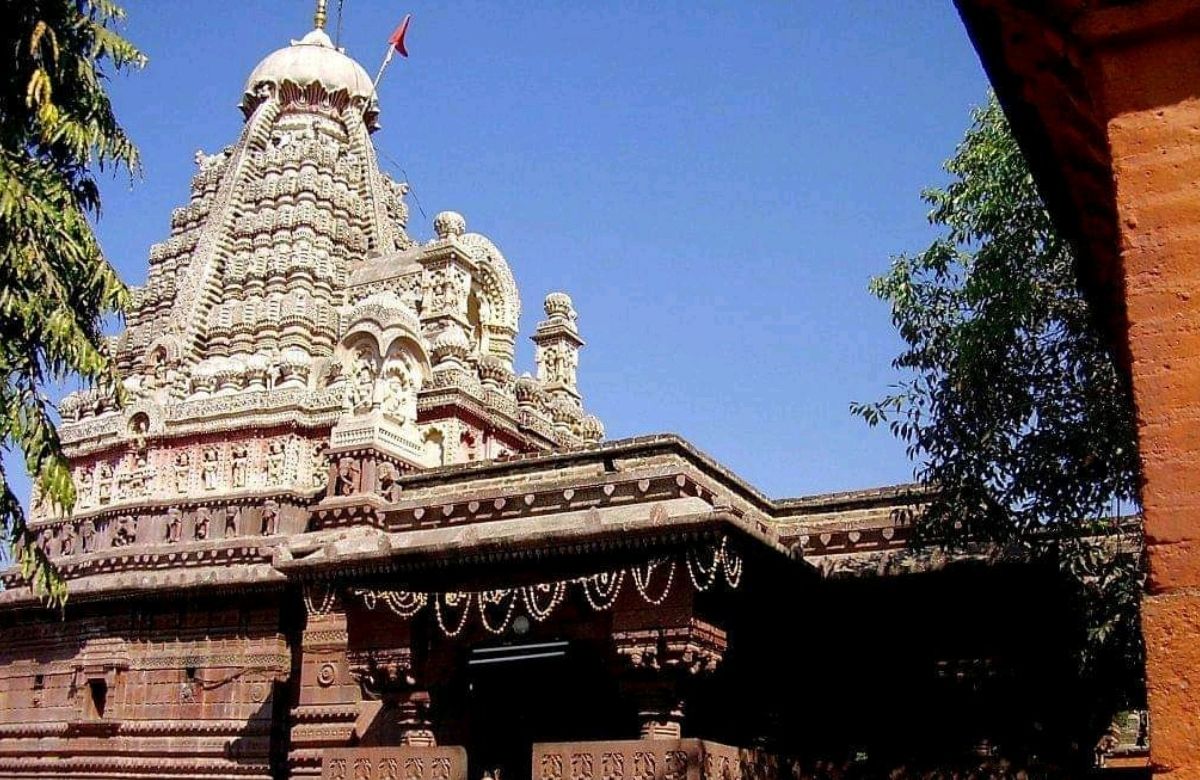 Grishneshwar Jyotirlinga dedicated to Lord Shiva is one of the holiest Hindu pilgrimage sites in India. Located about 35 km away from the city of Aurangabad and about 2 km away from the UNESCO-listed Ellora Caves, it is home to the 12th and the last Jyotirlinga on earth.

It is a revered pilgrimage site located in Aurangabad in the state of Maharashtra. Situated about 20 kilometres from Daulatabad in the village of Verul, this site is the last of the twelve jyotirlingas in the country, making it a popular destination for the devotees of Lord Shiva. Re-constructed by Rani Ahilyabai after destruction during the Mughal period, this site is a magnificent structure emanating pure divinity.

Located about a kilometre from the famed Ellora caves, this temple is the smallest of all the jyotirlingas and is believed to offer a less crowded and better view of the Mahadev. The carvings within the magnificent structure, as well as the ambience of the place, are what makes it an important site with devotees from all over the country visiting it to gain spirituality.

The presiding deity of this temple is Lord Grishneshwar (Lord Shiva) in the form of Lingam, facing east. Each Jyotirlinga temple depicts a different manifestation of Lord Shiva and the idol Lingam itself is considered as the deity in every Jyotirlinga temple.

Lingam represents infinity, the nature of Lord Shiva, that which is without any beginning or an end. The temple boasts beautiful carvings and sculptures of Hindu Gods and Goddesses. The Grishneshwar Temple represents the primaeval architecture and culture of Hindu temples. The temple is built of red rocks with two-tiered Vimanam (the tower above the inner sanctum). On the way to the temple, the ten avatars of Lord Vishnu (Dasavatars) are carved on a red stone which is very amazing and renders an ethereal look to the temple. There are many beautiful carvings and statues all around the temple.

Book a Pujan at Grishneshwar Jyotirlinga

The Grishneshwar Jyotirlinga is decorated with flowers and the holy beads of Rudraksha.

Devotees can see the marriage scene of the Lord and his consort in the temple murals and carvings. The Grishneshwar temple also houses a well that springs holy water.

Grishneshwar temple opens at 05:30 am in the morning and closes at 09:30 pm in the evening. During the month of Shravan, the temple remains open between 03:00 am to 11:00 pm. The time required for Darshan: 1 to 2 hours depending on the crowd. The temple also performs various rituals during this time. The devotees can be a part of these rituals such as the afternoon and evening aarti.

Timings of various rituals and puja sevas in the temple are as follows:

The sevas and poojas at Grishneshwar temple are

The history of the Grishneshwar temple speaks of Maloji Bhosle, an ardent devotee and chief of the Verul village. He built the temple in the 16th century after he found a treasure hidden inside an anthill. Rani Ahilyabai Holker, Queen of the Maratha Malwa Kingdom, renovated the temple in the 17th century.

The Grishneshwar Temple is carved out of red stone and is a treat for lovers of ancient architecture.

The Shikara also includes intricate carvings of the Dasavathar, which appear resplendent in the red volcanic rock. Devotees also marvel at the statue of Nandikeshwara that adorns the court hall.

Here’s how to reach Grishneshwar Temple:

By Air: The nearest airport is in Aurangabad, and there are regular flights from Delhi, Mumbai, Jaipur, and Udaipur.

By Train: Aurangabad is the nearest railway station. Manmad is also closer and better connected.

Grishneshwar Temple is situated in a small village called Verul and there aren’t many accommodation options available nearby. Devotees usually stay either in Daulatabad or Aurangabad, with the latter offering more choices of accommodation. You can expect mostly budget accommodations in Daulatabad.

Mahashivaratri: Like all important Shiva temples, the Maha Shivaratri festival is a grand event at the Grishneshwar temple. It is the main festival here. Crores of devotees make a trip to this town to catch a glimpse of the Lord on this auspicious day that falls in February/March every year.

Ganesh Chaturthi: Dedicated to Lord Ganesh, this festival is celebrated in August / September

Navratri or Durga Puja: It is a famous festival, celebrated as a symbol of victory of good over evil. As per legend, Goddess Durga defeated the demon king Mahishasura to save the world and restore Dharma. Navratri is celebrated across India for nine days. Celebrations in the temple include stage decorations, recital of the legend, enacting of the story, and chanting of the scriptures of Hinduism.