Gudi Padwa is celebrated as the New Year’s Day in Maharashtra and Konkan region of Western India. It marks the beginning of the year as per the Hindu calendar and falls on the first day of the Chaitra month, which, as per Gregorian calendar, is March end of April beginning.

Gudi Padwa or Samvatsar Padvo, is celebrated as the new year in Maharashtra and Konkani regions in India. Samvatsar is the cycle of 60 years and on Gudi Padwa, this cycle starts. Gudi Padwa, the springtime festival that marks the beginning of the new year as per Hindu Calendar or the solar-lunar calendar, is celebrated as one of the most auspicious days in Maharashtra, Goa and also in the Union territory of Daman. The name Gudi Padwa is derived from two words, ‘Gudi’ meaning flag and ‘Padwa’ originating from the Sanskrit word ‘pratipada’ which means the first day of lunar fortnight which appears after Amavasya. People all across Maharashtra, Goa and Daman, celebrate this day with enthusiasm, making rangolis and a special dhwaja called a Gudi Dhwaja which is like a flag made of flowers, mango and neem leaves tied on top of an upturned steel or copper vessel. People get to the streets in procession, dancing and welcoming the new year with full enthusiasm. Special festive dishes are prepared at home and offered to the home deity as Prasad before consuming it. The festival is celebrated in the Chaitra month on Shukla Paksha, which marks the first day of the new year as per Hindu calendar. It is the spring festival which indicates the end of rabi crop and beginning of the reaping of mangoes and other fruits. The festival is also celebrated in South India, but with a different name, Ugadi.

Deities worshiped during the festival

Gudi Padwa is associated with not one, but many deities and people worship many forms of Supreme energy on this day, including Bhagwan Brahma, Bhagwan Shiva and Bhagwan Vishnu.

Origin of the Festival

According to the Luni-Solar calendar, the Hindu new year is celebrated on this day because it is believed to be the one on which Brahma recreated the universe and kaal or time. According to Brahma Purana, there was a raging war which led to annihilation of people and time. The world remained in darkness for a while after which Brahma recreated the Universe and restarted time, marking the beginning of Satyug. Hence it is celebrated as the day of new beginning or new year. According to some beliefs, Gudi Padwa is associated with the victory of Lord Rama over Ravana and the enthronization of Rama, thus starting a new era. Hence, symbolic to the victory flag that was hoisted in Ayodhya, people hoist the Gudi Dhwaja on this day.

The festival has a different philosophy for Maharashtrians, who celebrate this day as the victory of Chatrapati Shivaji Maharaj in freeing the kingdom from Mughal rule. The Gudi Dhwaj is thus hoisted representing the victory flag of Shivaji Maharaj.

The festival holds great importance for all streams of Hindu beliefs as it marks new beginnings. People hoist the Gudi outside their homes to ward off evil forces and invite prosperity and good luck. Some communities come together to hoist a sarwajanik Gudi Dhwaja and carry it to the local Shiva temple, praying and desiring social and communal prosperity and unity.

Gudi Padwa, as the name suggests, is celebrated by hoisting a gudi or flag on the first day of Chaita maas. People celebrate it with great enthusiasm and engage in several rituals, making the festival grand in its own way.

Marking the beginning of the Hindu new year, this festival is celebrated across the country in different names and some changes in the rituals.

Many temples across India celebrate Gudi Padwa as one of their annual celebrations. Some of them are:

Benefits of celebrating the festival

Gudi Padwa is symbolic of love between couples. The newly wed bride is called for lunch with her husband to her mother’s home.

Sowing seeds on this day is considered auspicious as it is the time to start new reaps.

People believe it to be auspicious to start new ventures or buy new assets on this day.

Celebrating the festival in a way negates all negative feelings amongst people and marks the beginning of a new and positive phase in life. 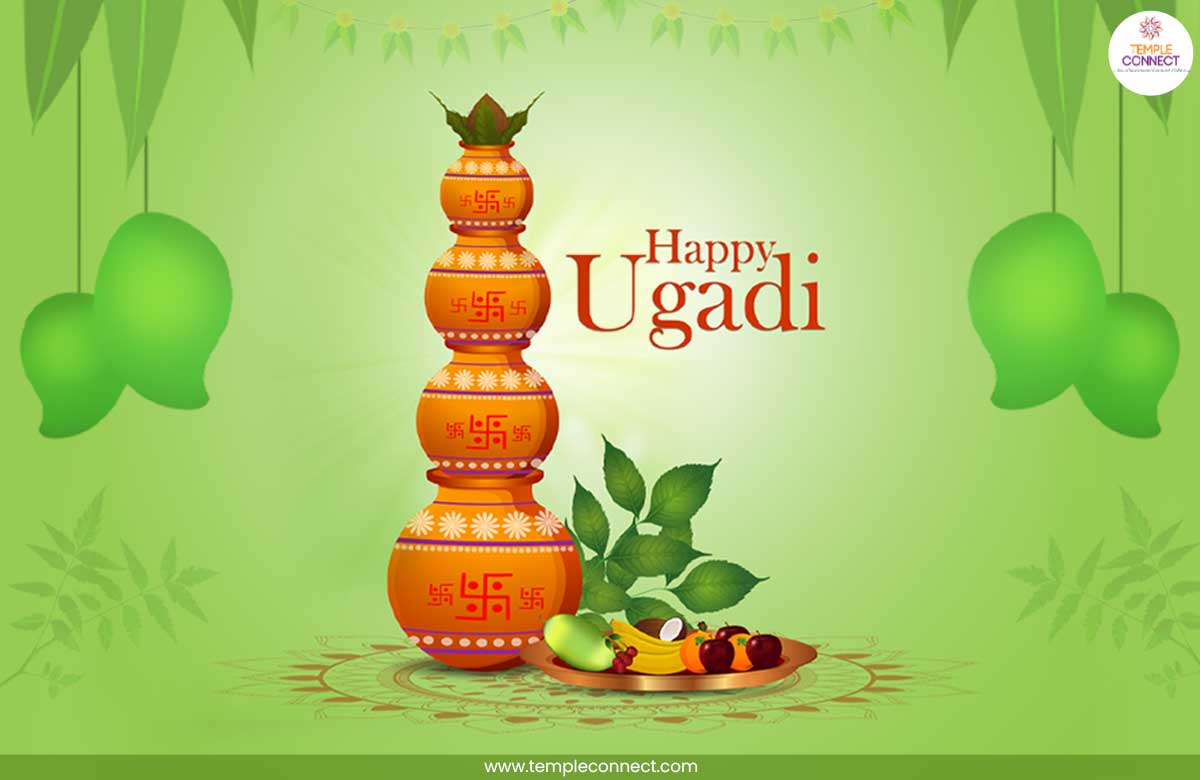