Nirjala Ekadasi is an important day in Hinduism, and falls on the eleventh day of the Shukla paksh in the Jyeshtha month, as per Hindu calendar. As per the Gregorian calendar, it falls in May-June. This Ekadasi got its name from Nir Jal meaning ‘water less’. It is described as the most difficult of all Ekadasis, as the vrat observed on this day requires one to abstain from consuming water. This is the most sanctified of all 24 Ekadasis.

Nirjala Ekadasi, also known as Pandava Bhima Ekadasi or Pandava Nirjala Ekadasi, is the sternest Ekadasi amongst all the 24 Ekadasi, with complete abstinence from food and water. When kept with specific rituals and procedure, it bestows rewards and virtues equal to the cumulative rewards of all 24 Ekadasis. Nirjala Ekadasi vrat begins from sunrise to sunrise of the next day. On the day before Nirajala Ekadasi, an evening prayer called Sandhyavandanam is offered to Bhagawan, and a light meal is taken. The observer can drink one drop of water, as a part of the purification ritual called Achamana. Consuming more than a drop of water is considered as breaking the vow. Fast is broken on the auspicious time after sunrise, before the end of Dwadashi tithi, the next day. Donations of food, clothes, umbrellas, hand fans, water pitchers and gold are considered to be an important part of the day. One who completes this Ekadasi vrat with all rituals and procedures, is said to be blessed by Vishnu, with prosperity, happiness and forgiveness of sins. According to Vishnu Purana, all Ekadasis are considered as the day of Vishnu and each of the 24 Ekadasis is dedicated to the worship of Bhagawan Vishnu. Nirjala Ekadasi holds special significance, specially to Vaishnavas. It is known to be the gateway to Moksha.

As per Markandeya Purana and Vishnu Purana, every Ekadasi is a day of Vishnu and the day is celebrated to worship the Preserver, Vishnu, and seek forgiveness of all sins. Nirajala Ekadasi is the most significant day dedicated to Vishnu, as it leads to moksha. It is also known as Pandava Bhima Ekadasi or Pandava Nirjala Ekadasi. The name is derived from the story about Bhima, the strongest of all Pandavas, who was the son of Wind God. All the four Pandava brothers, Yudhishthira, Nakul, Sehdev and Arjun, along with Mata Kunti, used to keep all the 24 Ekadasis every year. Bhima was a hard-core food lover and found it very difficult to observe vrat on any of the Ekadasis. Despite his honest desire to observe fast on all Ekadasis, he could not do it because of his weakness towards food. He then approached sage Ved Vyasa, his paternal uncle, for advice. Ved Vyasa advised him to observe fast on Nirjala Ekadasi, with complete abstinence from food and water. By doing so, he would gain the benefits of observing fast on all the 24 Ekadasis. Bhima observed the strict fast, with proper rituals and attained the virtues of observing 24 Ekadasis.

Like any other Ekadasi, Nirajala Ekadasi is also observed in honour of Bhagawan Vishnu. Person who observes Nirajala Ekadasi with proper rituals and in systematic manner is blessed with happiness, forgiveness of sins, prosperity and good health. Nirjala Ekadasi relieves one from the karmic cycle and opens the doors of Moksha. By the virtue of Nirjala Ekadasi, a person is directly taken to Vaikuntha dham after death and gets liberated from the cycle of birth and death.

DEITIES ASSOCIATED WITH THE FESTIVAL:

Every Ekadasi is a day of Vishnu and so is Nirjala Ekadasi. Bhagawan Vishnu is worshiped on this day, along with Devi Lakshmi.

Nirjala Ekadasi vrat is the most difficult of all the vrats of Ekadasis, because it has strict rules to be followed. Any deviation from the customs is considered as breaking the vow and nullifying the positive effects of vrat. Devotees take an early bath and offer prayers to Vishnu. Special abhishek with panchamrit is offered to Vishnu, along with offerings of special naivedyam. It is a tradition to have a light meal on the evening before Nirjala Ekadasi, after offering special evening prayer called Sandhyavandanam. Fast is broken by taking a sip of water on the sunrise, the next day, during Dwadashi. Charity and donation to Brahmins is considered an important tradition by all Vaishnavas.

Once, a newly married man was heading to the house of his wife’s parents, to bring her to his house after performing all the post-marriage rituals. On his way to the village, he saw a cow walk towards a pond, to quench her thirst. But, while she was drinking from the pond, she slipped into the pond and got stuck. She cried for help but the man refused to help, fearing that his clothes may get dirty. The cow was a sacred cow, and she informed him that it was the day of Nirjala Ekadasi, and if he helps her, he would be immensely benefited from the act. He still refused to help the cow. She then cursed the man that he will take the body of a donkey within eight pahars. He quickly headed to his in-laws’ house and narrated the entire incident to his wife and her parents. They headed home and soon, the man transformed into a donkey and lost all his wealth. In order to meet their needs, he asked his wife to take him to the market so that he could labor and earn something to make their ends meet. However, aware of the donkey being her husband, the woman carried all the load on herself. On being asked by people, she narrated the story to them. Soon, the king heard about the couple and summoned them to his court. He asked a Brahmin for a solution, who informed that if someone could perform 101 Ekadasis and decree the benefits achieved from the same, to him, his curse will be nullified and he will come back in his original form. The king declared that whoever comes forward to help the man, will be rewarded with the desired amount. An old woman stepped in to help. But she laid the condition that she will decree 100 Ekadasis to the man, and keep the benefit of Nirjala Ekadasi to herself, in order to attain Moksha. The king agreed. The old woman observed 101 vrats on Ekadasis. She passed on the benefits of 100 Ekadasi vrats to the man, and reserved one Nirjala Ekadasi for herself. As a result, the man got his original form back, and the old woman attained Moksha.

CELEBRATIONS ACROSS THE COUNTRY:

Nirjala Ekadasi is widely celebrated in India and it is one of the strictest vrat amongst all other Ekadasi vrats.

All Vaishnavas consider this as the most important Ekadasis because it is known to be a gateway to Vaikuntha, Vishnu’s heavenly abode.

In Jammu, Nirajala Ekadasi is celebrated with great zeal. People from different communities offer shikanji or cold water to passersby. People also install stalls of water for pedestrians. Bhajan, jagran and paath are organized in different parts of the city, to offer prayers to Bhagawan Vishu and chant mantras and hymns. This is the strongest Ekadasi because the temperature is highest in the month of Nirajala Ekadasi.

Nirjala Ekadasi vrat benefits are equivalent to the combined benefit of all the Ekadasis, and are comparable to going on a pilgrimage.

Fasting helps to stimulate the immune system. Dry Fasting in the case of Nirjala Ekadasi helps in rejuvenating system cells, eliminates toxins and purifies the soul, body and mind. Astrologically this is the time when Sun enters Arudra Nakshatra. Earth is said to be in a cleansing process in this period and thus the digestive process slows down. Bhagawan Vishnu blesses the observer with vitality and longevity. Vrat of Nirajala Ekadasi also helps to attain spiritual powers and control over senses. 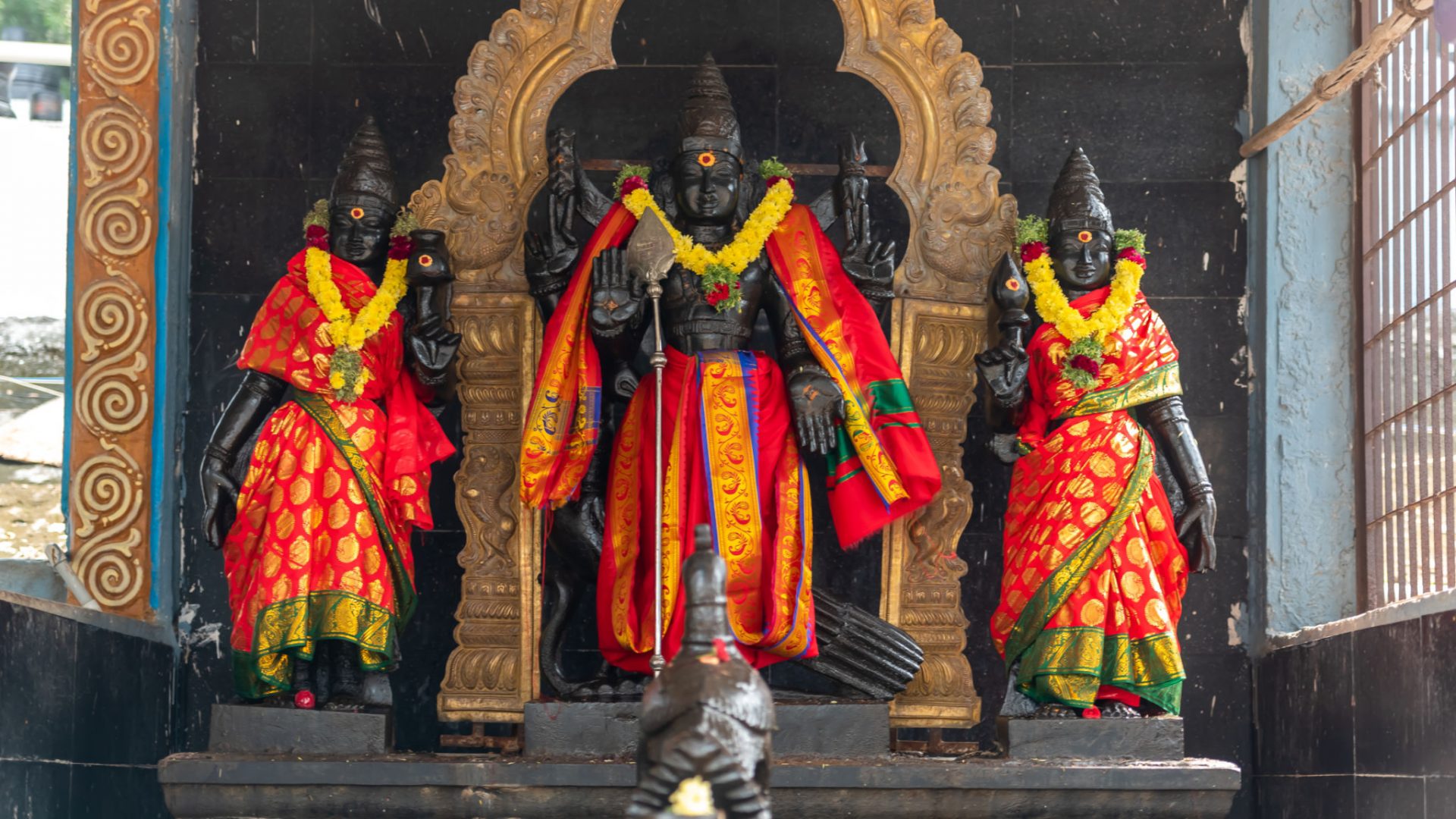